Is dating the same as a relationship: 14 Crucial differences 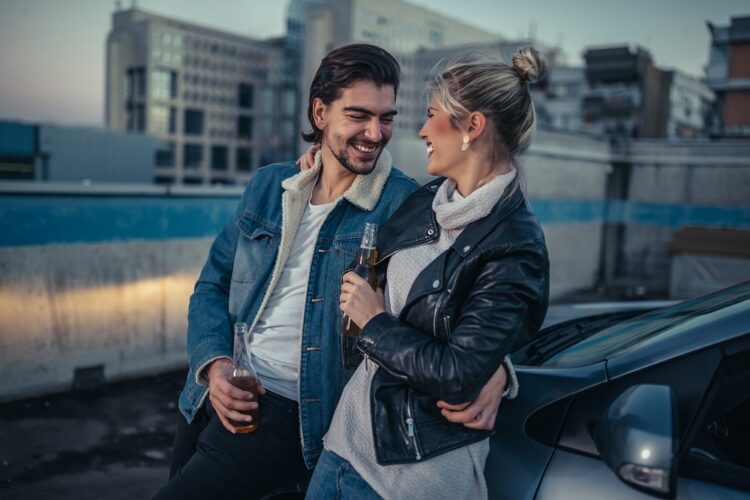 Is dating the same as a relationship, and if not, what is the difference between the two, and when does dating become a relationship? These are the main points of this article today.

Now, since we are on the topic I need to get something off my chest…

Can it be done theoretically?

Is it possible to be knowledgeable about something with which you have little or no experience?

I suppose to some extent, yes.

However, a more important question is, is it possible to transfer accurate and arguably the most important intricacies of applied knowledge when the dating coach’s experiences have only resulted in failed experiences or no experiences at all?

I appreciate one can make an argument both ways, like saying a surgeon doesn’t need to be a cancer survivor to know how to treat cancer, but I would still argue that it’s not necessarily the same thing.

As a student of psychology who has dated a variety of people and as someone who has been happily married for nearly 16 years, I can tell you that knowledge is useful, but only lived experience can truly teach us the complexities and differences that make the difference between success and “failure,” as well as happiness and unhappiness… in my opinion.

In the same way, merely asking the question “Is dating the same as a relationship?” is a great example of awareness and perhaps intuitively recognising that dating is not the same as being in a relationship, and hence requires a distinct approach and skill set to “succeed” long-term.

As a result, the goal of this post is to freely share with you a few ideas regarding the differences between dating and being in a relationship, in the hopes of saving you time and energy wondering where things are at or where they are headed.

So, with that off my chest, what is the difference between dating and being boyfriend and girlfriend?

Also, and equally important, when does dating become a relationship?

Is dating the same as a relationship

Sunaina Mullick of Mensxp.com asserts that there are five significant distinctions between dating and relationships.

Mullick says that while dating and being in a relationship are conceptually identical, they exhibit small differences that result in separate characteristics of being with someone.

There are distinctions in terms of mutuality, commitment, communication expectations, and priorities.

Mullick begins by emphasising that one of the primary distinctions between dating and relationship is having your own definition of the two.

While relationships are built on mutual understanding and trust, dating is not.

Some people want to date exclusively, while others prefer to date several people and are not interested in being devoted to a single person.

Second, commitment is a critical element of any relationship and often defines it.

Individuals who are committed to a relationship make a commitment to stay together and look forwards to a future together.

On the other hand, dating is frequently devoid of any form of commitment.

While someone is dating, the only commitment they may have is to split the dinner bill.

Mullick, thirdly, brings up the question of communication.

They think that communicating in a relationship is significantly different than it is when dating.

When partners are in a relationship, they speak regularly, frequently, and about everything.

When you’re dating, though, communication tends to be more limited and basic, and not as intrinsic.

For instance, communication might entail selecting where to dine next or asking questions to learn more about the other person.

Now, this may rapidly change to more intimate and serious matters, as it should, but communication during the early phases of a dating relationship tends to be a little more superficial.

Fourthly, expectations play a significant role in defining the difference between a relationship and dating.

Naturally, expectations differ across individuals, couples, and between dating and being in a relationship.

However, people who are dating tend to have lower expectations of the person they are dating than they do when they are in a relationship with someone.

Again, exceptions to the norm do exist, and expectations do differ.

As a general rule, it is relatively “natural” for individuals dating to be preoccupied with the dynamics of the new relationship rather than having significant expectations about the other person or the future.

However, in comparison to a relationship, expectations are critical.

Moreover, Gottman.com reports that in a healthy relationship, individuals have high expectations for how they’ll be treated.

They anticipate being treated with decency, compassion, tenderness, and respect.

They will not accept any form of abuse, whether emotional or physical.

That is not always the case when dating until the relationship becomes serious.

Finally, Mullick notes that while both dating and relationships may be significant, dating places a lower premium on intimacy than relationships.

When you’re dating someone, you’re not necessarily committed to them, and hence prioritise other things such as job, friends, and hobbies.

When you’re in a relationship, though, your interactions with other people may shift dramatically, as your new partner takes precedence in your life.

Personally, I believe this is an excellent list of characteristics that clearly define the difference between dating and relationship, but there are a few other points to consider, for example:

These aspects are not necessary while dating someone since you have no idea whether the relationship will last.

That is something only time will reveal.

However, when your relationship develops and you begin to imagine yourself with this person for the long haul, the above-mentioned criteria become increasingly significant.

All of these different criteria do not necessarily play a significant part while dating someone, as not every date results in anything meaningful.

Per another post by Charm Villalon on Inspiringtips.com, many people don’t care about the terms “dating” or “relationship,” but understanding how to differentiate the two can make a huge difference, especially when it comes to things like expectations.

Villalon adds a few other distinctions between dating and relationship, such as the following:

In fact, even “open” relationships have their own set of limits and standards which sets them apart from dating.

Another contrast Villalon draws between dating and relationships that I enjoy is that dating teaches you lessons, whereas relationships nurture and allow you to grow.

I can certainly attest to that.

When you’re casually dating someone, you’re free to live your love life however you please, but once you’re in a relationship, you begin to appreciate the value of partnerships – and how persevering through the challenges and obstacles you face as a couple is critical because you know they’re worth it.

Additionally, dating introduces you to new individuals, often a large number of new people, whereas a relationship enables you to learn more about someone and anybody else.

Finally, a point Villalon makes that I agree with is that while dating might make many promises, a relationship fulfils all of those promises (or at least, the right type of relationship is).

Dating is akin to a dress rehearsal, whereas a relationship is the real thing.

When you’re in a relationship with someone, especially someone you’re passionate about to the point of marriage, it’s no longer a test run.

That is, it may be a trial run, but you would not approach it that way with dating.

At best, dating tells whether or not this new person is relationship material.

It tells if it’s even worthwhile to pursue this individual further.

However, until you engage in a relationship with another person, regardless of how you make the move, one could say that everything is purely fictitious.

Many people develop an addiction to the sensations associated with dating, which explains why they struggle with the supposed “restrictions” and monotony that relationships frequently impose.

However, dating a large number of individuals is not the same thing as being dedicated to a single person in a relationship.

That is possibly why, in accordance with Love and Relationship Coach Sami Wunder’s dating philosophy, who self-identifies as the ‘Get the Ring Coach,’ women seeking marriage should refuse to date men exclusively until they propose.

Because until someone is dedicated to you, you do not have to be committed to them.

Too many individuals, particularly women, find themselves in situations where they are unclear of the guy’s intentions and find themselves begging and pleading for his attention.

However, by understanding that dating and relationships are not synonymous, including the goals and behaviours that define them, you may possibly spare yourself a great deal of time, confusion, and pain.

If you have any ideas on this subject, please share them with us in the comments section below.

I’d be thrilled to hear from you.

Avoid Divorce By Creating a Happy and Healthy Marriage

Avoid Divorce By Creating a Happy and Healthy Marriage

Inviting Love Back Into Your Life

Inviting Love Back Into Your Life

Independence in a Relationship: Why it’s Important

Independence in a Relationship: Why it’s Important
Previous Article
Next Article
back to top