Independence in a Relationship: Why it’s Important The short answer is that in reality, a healthy relationship is made up of two mentally strong and healthy and independent individuals who are BOTH equally committed to the wellbeing and growth of their relationship.

And what it looks like in practice is that each once leads an independent life but also have the desire and ability to share their life with the other as well.

But it starts with two healthy independent individuals who aren’t reliant or dependent on another to feel whole or happy.

Why is this important?

Because two “unhealthy” people cannot create a healthy relationship or life together.

Or at least, I’ve never come across one.

Maybe if one’s struggling the other can make up the difference (for a while at least), but not when both are drowning in their own struggles, issues, or baggage.

So, independence in a relationship is important because both partners need it to show up in the relationship as the best versions of themselves.

And you can only grow into that as an individual when you have independence of some sort.

Yes, of course, a couple needs to grow together.

But that growth is fuelled by the independent growth of each partner within that relationship.

In other words, what they bring to the relationship as individuals feed the well-being of that relationship.

In a sense, what you’re aiming for, is a balance of separateness and togetherness because both are important for the longevity of a relationship.

Here are five specific reasons why independence in a relationship is so important:

Becoming stuck in a rut and really experiencing growth as a couple can be very dangerous for the well-being of a relationship long-term.

Just from a purely basic human needs point of view, we all have some desire for variety, surprise, adventure, and risk in our lives.

That includes our relationships.

If things become stale and predictable, chances are that will start looking elsewhere to spice things up and bring some much sought-after release into our lives.

Independence in a relationship is important because when each partner brings his or her individual interests to the table, they have a chance to experience things they wouldn’t normally pursue as an individual.

And even though one partner’s hobby might never become another partner’s cuppa tea, it still provides a much-needed variety in their experiences.

Now, that obviously doesn’t mean that partners cannot have common interests, as that is super important.

But having our individual and unique interests is equally important.

A relationship is, in essence, a partnership.

And knowing that you can count on your partner’s support does wonders for your own self-confidence and well-being.

But partners can only be truly supportive of one another when there is a sense of independence and individual well-being within a relationship.

If I constantly rely on my partner as my crutch, when the time comes for her to rely on me, I won’t be able to step up to the plate.

As a relationship coach I would, therefore, always encourage couples to pursue personal growth and development alongside relationship growth.

It’s not one or the other but both.

Having the confidence that your partner “is okay” without you while you’re at work or otherwise engaged relieves you of having to worry about how your partner will manage in challenging situations.

But also knowing that you can always rely on your partner to support you when needed, because “they are fine,” is equally empowering.

It essentially frees you up.

I’ve seen what it does to couples when one partner constantly worries about another.

The reality of relationships is that they all have an ebb and flow that requires that one partner leans on the other at some point or another.

Which is why some level of independence in a relationship is so important.

I think I’ve already made this point to some extent.

When you’re both independent people, the relationship is healthier.

The end (to quote #GaryVee).

You need to understand that nobody is exclusively relegated to a specific role in a relationship.

Yes, we negotiate on our roles and responsibilities BUT that doesn’t mean it’s set in concrete.

We simply do what we must to make the partnership work.

But that never means that your partner is now confined to a certain role because that’s how it worked for a period.

It is, therefore, a choice.

They are there because of a decision.

One that can be changed or revoked at any point in time.

Not that people necessary do that, but it can happen.

It’s important to understand that your partner’s choice to be with you is a GIFT.

It’s not a given.

And it’s definitely not to be taken for granted.

You have the freedom and security your relationship provides exactly because another independent individual has chosen to share a life with you.

That’s something to be cherished and not be used.

Also, aiming for balance in a relationship is super important because when it isn’t present, one partner might eventually take the role of “the strong one” while the other partner consequently becomes “the weak one.”

And the whole relationship suffers.

Equilibrium in the relationship means no one partner is more or less powerful than the other.

Which is exactly why promoting independence in a relationship is so important.

It’s not about remaining on your own and not committed to the relationship.

Your continuous independence and personal growth as an individual become your greatest gifts to the well-being and longevity of your relationship.

But again, it’s not something to abuse.

When two independent people make a commitment to have a relationship, their time with each other becomes super special and sacred.

Like I said earlier, someone giving them self to you is a gift.

Because they’ve made an independent choice to do that.

And bringing independence into your relationship promises a deeper, more lasting partnership since it’s built on acceptance of each other as a whole human being.

You essentially give each other permission to be MORE of them self – not less.

I think that’s where a lot of people with either bad relation of experiences or distorted views of relationships have it wrong.

A relationship doesn’t imprison you.

The right relationship frees you up and gives you permission to explore and express dimensions of yourself far more than any other place in life because there is no fear of judgement, ridicule, embarrassment, or rejection.

Moreover, it provides you with all the support you need to discover and be ALL of yourself.

When a relationship doesn’t do that, you’re in the wrong one.

So independence in the right relationship only makes that relationship become stronger because it supports individual and collective growth (as a couple).

Emotional security or certainty works for and benefits both partners.

When a partner is emotionally secure, they’re not afraid to show their strength (confidence) and their softer side (vulnerability) at the same time.

For the reasons, I mentioned earlier.

The right relationship will free you and not imprison you.

Because each person’s sense of independence can help facilitate even more openness and honesty in the partnership.

No matter what you say or do, you know that your mate will ultimately be okay since their independence already shows that they’re able to take care of themselves.

Moreover, in spite of their independence, they’ve chosen to be with you.

Knowing that your partner is with you out of choice, because of their independence, and not for any other reason.

In a healthy relationship where independence is celebrated and encouraged, neither partner will feel threatened by their mate’s autonomy and sense of personal strength and emotional security.

Why? Because they know they will be on the receiving end of all the benefits that come with it.

Partners in a relationship will enjoy a much deeper, longer lasting connection when they each have a sense of independence.

And bringing up different interests for discussion, feeling like you can depend on the other and having a balanced relationship all stem from both parties having their own sense of autonomy.

For these reasons and more, independence in a relationship is integral to any healthy relationship.

In the meantime, check out my latest book for couples down below that will show you some powerful ideas to become a happy, healthy and intimate couple again 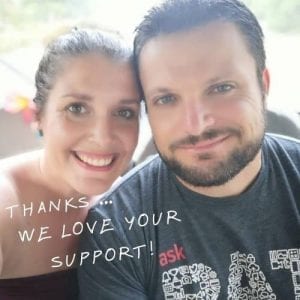