Are You Your Own Worst Enemy In Marriage? | Healthy Relationship Advice About Love And Life

It is interesting and ironic that the more our spouses give us less of what we desire, the less we start doing things that will give us more of what we want.

We essentially become our own worst enemy in marriage.

We reciprocate less desirable actions with more disagreeable responses, only to create a perpetuating cycle that feeds on itself until all that is left are disappointment, frustration, contempt, and bitterness.

Yet, our desires don’t go away.

If anything, they increase due to a growing void of unfulfilled needs, wants, and dreams.

But instead of breaking the cycle and meeting fire with water, we persist foolishly to fight fire with fire … only resulting in more fire.

When we feel hurt and unheard as spouses, we often inadvertently retaliate with more hurt and withholding our affection, only to create more of the same.

So, why do we stand surprised when doing more of the same keeps giving us the same result, especially when it didn’t work the first time? Or ever.

If fighting to be heard did not work the first time, why would it suddenly start working?

If passive-aggressive behaviour has never resulted in more spousal affection, why would it suddenly change?

Continuing with a self-destructive cycle will never give you anything else, so why would you willingly feed it?

Here is a problem with long-term relationships – our spouses come to learn what to expect from us.

Sometimes, hopefully, more often than not, that works very well for couples.

If I know I can expect trustworthiness or reliability from my spouse, then I am more inclined to both reciprocate and behave accordingly.

However, if over time I have learned to expect criticism when approaching my spouse or making bids to restore our bond, at some point the latter will stop and defensiveness will show up.

Either way, the relationship suffers.

But have you ever wondered what would happen if you broke the cycle?

What would or could happen if instead of showing up or reacting as expected, you interrupted the pattern?

For our spouses cannot respond to us in the same way when we refuse to play the same old game.

Action reaction, cause and effect, dictate new actions will lead to new reactions.

However, therein lies the problem many married couples face…

We want to play the old game hoping to get new results.

Unfortunately, that is not entirely how it works.

The ancient teachers remind us that old wine skins cannot contain new wine, for the old wineskins will burst and the wine will go to waste on the ground.

Transformation is not a selective process.

If one thing shifts in a dynamic context like a marriage, the dynamics of the context and the context itself will shift also.

It is a natural implication of the law of causality.

One cannot expect a spouse to transform while we remain the same.

It is when we transform that our marriage has a chance to transform.

Yet, one cannot expect transformation without transforming.

How to Improve Your Love Life: 6 Essential Components of Relationship Transformation

How to Improve Your Love Life: 6 Essential Components of Relationship Transformation

Why Trust Is Important In Your Relationship

Why Trust Is Important In Your Relationship 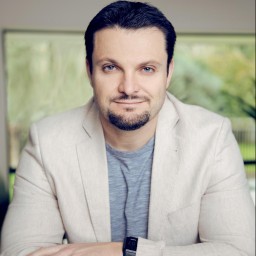