Men are simple creatures. They don’t require complexity in their lives to be happy. They also tend to avoid drama. Or at least, older men do. And all they really want is to be treated with appreciation and respect. Whether at work or at home. As long as they feel those two things, their esteem, confidence and happiness seem to be healthy and tangible. When not, they withdraw, push back, or leave. 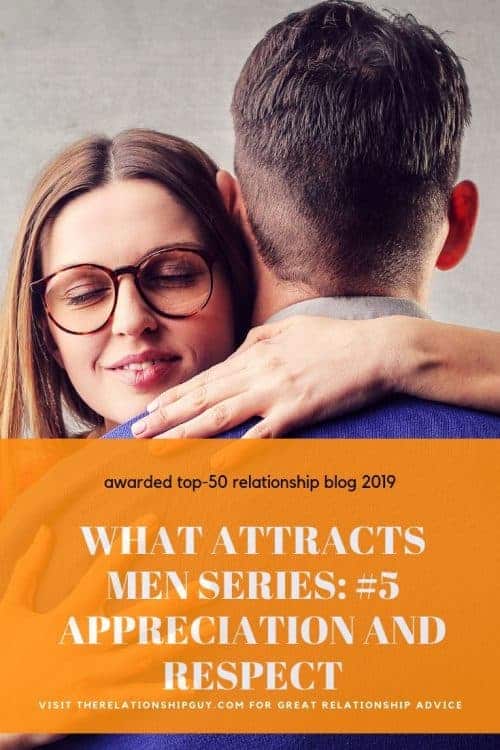 If you’re a woman who’s always struggled to understand men in general or your man in particular, then make sure to save the previous paragraph somewhere.

Because 90% of your man’s behaviour can be understood through the lens of his desire to achieve appreciation and respect.

In some form or another.

From those around him.

Whether at work or at home.

Now, there are two parts to that last statement that’s important to understand.

In the first place, men crave respect and appreciation for the things they do in their lives, initially from their parents, then later from their partners and also colleagues (employers, managers, and/or co-workers).

They are especially “activated” by their partner’s and by their boss’ appreciation and respect – in two different ways of course!

When a man feels appreciated (and respected) at work, he tends to be more willing to put in the extra effort and time to invest in the company he’s working for.

Because by doing so, it feeds his pride and his need to feel accomplished and successful.

He’ll be productive, focused and functional at work all day, every day.

And the same is true on your dates and in your home.

You can test this with your brothers and father, a new date, or your husband of many years.

Men simply blossom when they feel appreciated and respected for the work they do (contributing to and providing for his family) AND the way he makes you feel (when you let him know).

Now, the second part of that sentence holds an important concept in that a man blossoms when he receives the appreciation and respect he “believes he deserves” (for everything he’s doing).

It also holds the key to understanding why a man will choose to spend more time at work (or spend too much time on a hobby) than at home.

When home becomes a place where he gets criticised or undermined, but work provides him with a sense of appreciation and respect – he will start avoiding home.

Now, that belief (that he deserves appreciation and respect) is also an important piece of this puzzle you’re putting together as you decide whether the man who is interested in you, is actually worth your time and effort.

It’s a bit of a vicious cycle.

And the end of the day, as a woman who most likely respects yourself, you’ll have difficulty respecting a man who doesn’t believe in his heart that he’s worth your time or effort.

As a woman, who is either dating or has been in a long-term relationship, know that appreciation and respect are powerful tools in your toolbelt as you attract a man who you find attractive but also to remain attractive to in his eyes.

It’s important that you know and understand how to use those tools and make them work for you (whether dating or married).

And when it lacks, you will find that his interest, attraction, and input fades over time.

In the context of an established relationship, this essentially means that you must be kind and considerate to your partner and show him authentic and transparent appreciation and respect.

Trust me, he cares.

The fastest way to get a man to become closed off in a relationship is to constantly and consistently criticise him through what you communicate (through body language, tonality, and the words you choose to use).

You might think that you’re being assertive, confident, and honest with how you feel. But all he’s hearing is “You’re not good enough,” “You’re not making me happy,” (i.e. as a man you’re failing), “You’re incompetent,” “I know better, let me just finish your sentences for you or speak over you.”

Now, of course, no woman will admit this and even laugh it off, but hear me, my lady friends, – you speak over a guy (especially in public with an audience) or finish his sentences for him or make him feel incompetent (especially in front of others) and you’ll pay the price.

No man will take this lightly.

Unless of course he’s got absolutely no spine or self-worth.

Remember that most things are pretty easy at the beginning of a relationship.

But they get much harder the longer a relationship continues.

However, just because that is the case, doesn’t negate the need for everything that was important at the start of the relationship.

Showing appreciation and respect is something that you need to keep doing.

Spending quality time together and staying connected will always be important.

So, if you want to hold your man’s attention and get him to stay attracted to you, constantly tell him how much you appreciate what he does for you and then show him genuine respect for those things as well.

And yes, even when you know (and feel) he can do better.

Because chances are he can … he just won’t as long as he feels that whatever he does is never good enough.

When you do show him appreciation and respect, you might just find him showing up for you far more than what you’re used to.

If you got any comments or questions, just leave them in the comments area below or reach out to me on Facebook.

In the meantime, remember to … 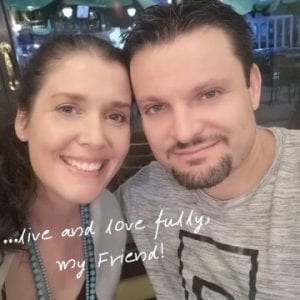 By the way … I wrote this important letter just for YOU …

If you’d like to learn how to how to create a happy, healthy, and intimate relationship again … regardless if you have no idea how to turn things around, then this is the most important letter you’ll read today. Learn more … 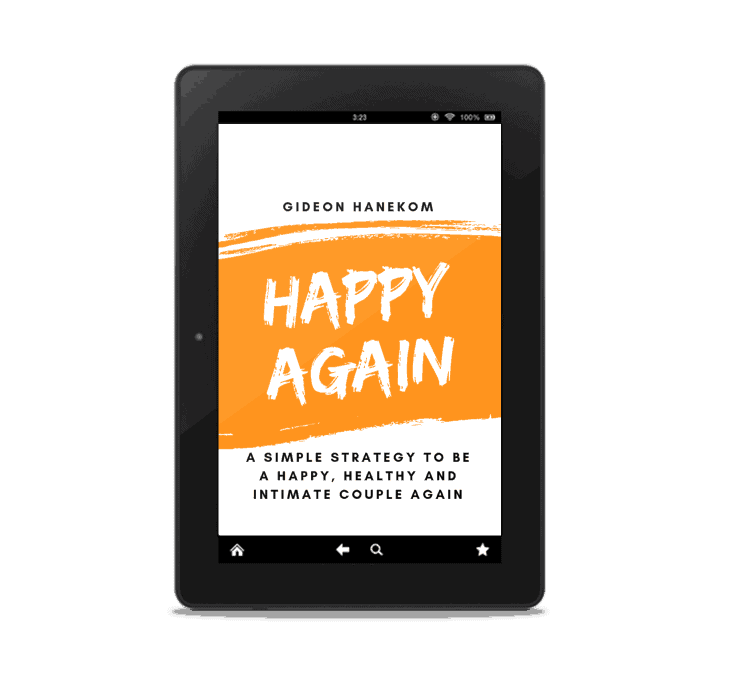 About The Relationship Guy’s Blog

Looking for something else?

wpDiscuz
0
0
Would love your thoughts, please comment.x
()
x
| Reply
We use cookies to ensure that we give you the best experience on our website. If you continue to use this site we will assume that you are happy with it.OkPrivacy policy