Secret #3: It’s okay to argue in a respectful way.

So, here’s the thing – having a happy relationship or marriage doesn’t mean that you never disagree or have conflict.

In fact, quite the opposite.

Researchers have found that it is not the presence of arguing in a relationship that affects its success as much as how a couple argues.

Disagreeing and having conflict or arguing, isn’t a problem – it is how you choose to fight.

One psychologist (John Gottman) claims a 95% success rate for predicting which relationships would fail just by listening to an argument for five minutes!

The way he does that is by looking out for four very specific factors that make all the difference when you argue, and on the overall wellbeing of the marriage over time.

He calls them the “Four Horsemen of the Apocalypse.”

So, rather than get discouraged by these, make it your mission to rid your marriage of these once you’ve identified their presence in your marriage.

You need to do everything in your power to uproot and get rid of them.

Contempt especially has the power to poison your relationship in a short amount of time.

Another relationship expert, Dr Barbara DeAngelis, also wrote years ago about the same process in her book, How to Make Love All the Time, but she described a similar process with these steps:

Even though it’s slightly different, it essentially points to the exact same process containing the same principle which is when negativity becomes the overwhelming experience of a relationship, that relationship becomes poisoned to the point where it eventually dies.

So, the important takeaway point here is that once you start noticing ANY of these factors in your relationship, do what you can to weed them out. Sooner rather than later.

In fact, do your best to avoid any type of behaviour that leads to these at all cost, and your marriage is more likely to stand the test of time and survive.

Also, if your marriage is already suffering at the moment, chances are that some (if not all) of these factors have already “moved in.”

So, instead of attacking your spouse, identify your own actions and habits that are contributing to these toxic factors and aim to destroy them.

In module 4, we will look at secret #4 for creating a happy relationship.

Make sure to check your inbox to get access to it.

If you have any questions, issues, or queries, contact support here. 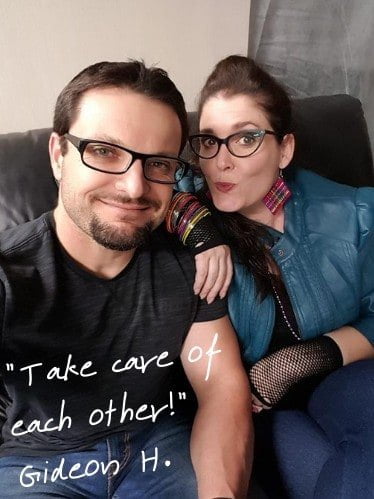