Home » Blog » How to End an Unsatisfying Relationship

Let’s get real for a moment – not all relationships last. That is just a fact of life. It isn’t nice or easy going through a breakup, but they happen. The reality is, as life would have it, you’re bound to become involved in an unsatisfying relationship that eventually loses its sparkle or appeal to you at some stage or another.

And for various reasons. Some valid and others perhaps not so much.

But regardless, know that you’re not alone. I’ve learned in life that in order to find a rewarding relationship, most of us have to endure a less-than-satisfying relationship on the way.

But the question becomes, how can you successfully leave a relationship you’ve found to be unsatisfying or has run its course? 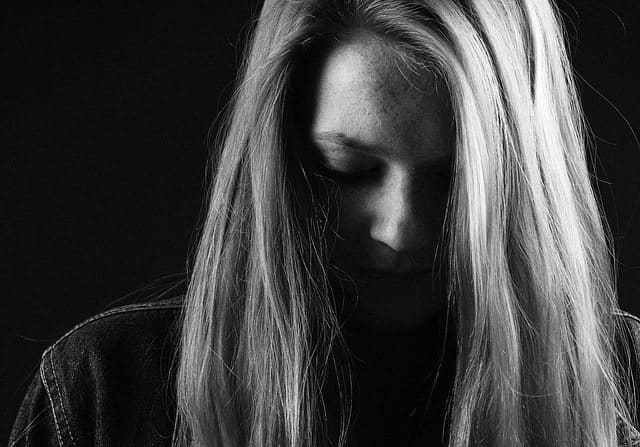 The reality is it’s never easy or fun bringing a romantic relationship that once held meaning to an end.

But in saying that, just because something is hard doesn’t mean it needs to be avoided.

Sometimes we have to face the facts and the music and make tough decisions.

If you don’t, you can literally end up paying with your happiness and future.

Obviously, it also has to be said that bringing a relationship to an end for no good reason other than facing some challenges, is also not a great idea.

If you keep breaking up with people at the first sign of any challenge, discomfort, problem, or disagreement, you will also find yourself alone and probably unhappy at some stage.

But, let’s say that this is not the case for you.

Let’s imagine for a moment that you’ve tried everything you can think of.

You’ve sought out help, given it time, and really poured your heart and soul into fixing what is now an unsatisfying relationship (perhaps even toxic).

If that case, I want you to consider a few insights to end this thing the best way possible.

When two people who once loved each other, decide to call it quits, one can only hope they part on good terms.

Especially if there are kids involved.

But, this doesn’t always happen, unfortunately.

Sometimes people get cut so deeply that the only way for them to move forward is to cut the person out of their life completely.

Some people, in my opinion, simply shouldn’t be in each other’s lives. 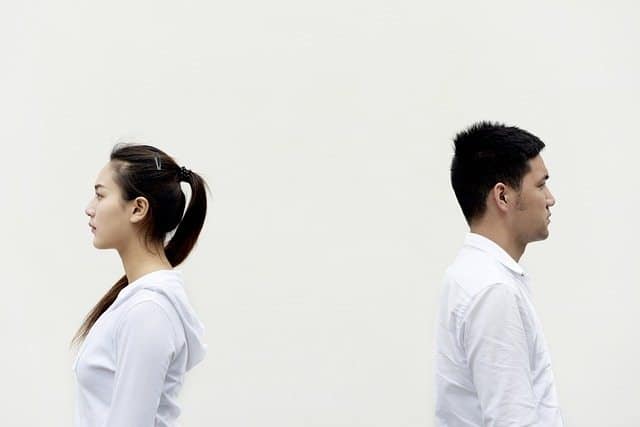 So, if you’re at a point where you’ve had enough, and you know things are not going to improve and you need to move on, then consider these following strategies and insights as you decide what your next step is.

Give some thoughtful consideration to the reasons why you want to cut your connection with the person.

When you go through the “whys” in your head, it will make it easier for you to move forward with a plan.

Also when you consider the “whys” you might realise they aren’t that great and perhaps you’re making a mistake.

Perhaps breaking up isn’t the answer but rather getting the support you need to fix what’s gone wrong between you.

However, if you do find the reasons to be valid and justified, it will help you be prepared as many partners ask why you want to end the relationship.

Knowing why will help the discussion and also give them the possible closure they need to move on.

Not always, but sometimes.

Be prepared for that.

Perhaps you fear you won’t have another relationship.

Frankly, the chance of never having another relationship is highly unlikely.

But fearing you’ll be alone in the future is not a reason to stay with someone and be miserable.

Perhaps you fear the person will be angry with you.

Maybe the person will have hurt and angry feelings—this fear is certainly possible.

If your partner voices such feelings, endeavour to listen calmly without interruption.

Financial concerns might also be a part of the picture, especially if the two of you are residing together.

Ensure you give your financial situation some thought before making the break so you’ll have a workable plan on how you’ll proceed.

This is especially important to consider if there are dependent children in the picture.

Be honest and clear with yourself about your concerns.

This way, you’ll have time to think through the sticking points to arrive at successful resolutions for each issue.

Select a location that’s safe, quiet, and appropriate for the discussion.

If you fear for your safety, seek professional advice about how to disengage from the relationship.

Or involve a third-party you both trust.


Although you may have no such fears, you might have concerns the other person will manipulate you to stay.

If so, it’s wise to have a friend or family member nearby who can step in and help you if needed.

Plan to get to the point quickly, share your reasons if asked, and outline your plan for leaving if you live together.

What I’ve learned about breaking up is to not prolong matters.

There’s usually a lot of emotion involved which can lead to emotional, impulsive decisions which can end up hurting you more down the line.

This is not the time to give in to emotions but to stick to the plan.

That’s why it’s important that you have enough good reasons why you want to end this relationship.

Get clear on those before you have this conversation.

Use a caring tone of voice and appropriate language as you share your intentions.

“I’ve been very unhappy in our relationship over the past few months (years). I’ve tried my best. I’ve given it a lot of thought. And I’ve decided to go my own way. I’m sorry but I feel this is the right thing to do.”

“There have been some changes between us recently and I’ve decided to move out. I’m sorry.”

“I’m sorry to say this but I no longer want to be in the relationship with you.”

Listen, there is no easy way to break up with someone used to love (perhaps still even love in some way).

There is no simple way of saying it.

Therefore, don’t drag it out.

Be clear on your reasons in your head (whether you share them or not), and rip the plaster off respectfully and as graciously as you can. 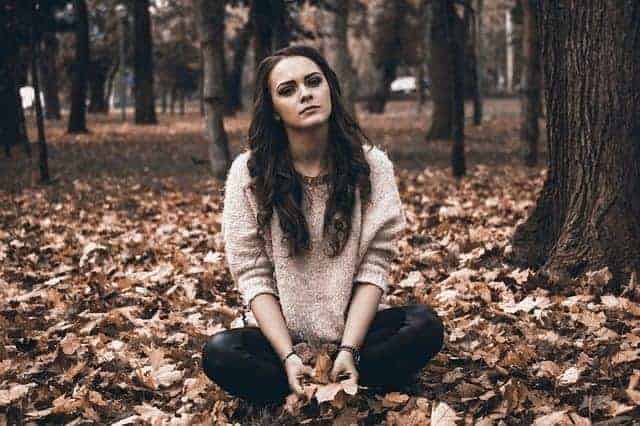 You will never get a great response unless they’ve been feeling the same way.

Be prepared for the fact that going through this, sucks!

That’s the long and short of it.

Now, if you’re a heartless person who doesn’t care about other people’s feelings, this will be a breeze for you.

But I do think that’s who you are. If it was, you wouldn’t be reading this post.

So speak honestly and be sincerely sorry about the fact that it didn’t work out.

Always remember, there was a time when you were actually in love with this person you’re saying goodbye to now.

If there are kids involved, it goes without saying that treating their mum/dad with kindness, respect, and grace is absolutely paramount.

Vilifying the other parent is an absolute no-no; it doesn’t matter how hurt you are.

Although you’ll likely feel hurt and angry, watch your phrasing.

Rather than, “You never…” or “You always…” start with, “I am unhappy because we don’t spend enough time together” or “I feel like my friends and family aren’t welcome in our home.”

Avoid finger-pointing and blaming. Focus on your feelings because that’s all you control.

The moment you point a finger at someone, they feel threatened.

And the natural reaction to a threat usually involves one of two reactions:  flight (withdraw/walk out/run-off/avoidance/shutting down), or, fight (anger/yelling/verbal or physical abuse/lashing out).

Whatever you do, don’t threaten the other person by making “them” the reason for your decision.

Even if that’s how you feel.

Focus on yourself, and express how you feel about the issues at hand.

Don’t make the person the issue. Make the issues, the issue.

A good way to make sure that you stay calm in these tough conversations is to enter them with the intention of staying calm.

So many times people work themselves up before any exchange has happened, which makes them defensive and oversensitive when the conversation does eventually happen.

Have the intention to stay calm and respectful going into the conversation.

Your partner may feel like sharing their own feelings, so be ready to listen.

However, stay focused on your desired result to end the relationship.

As I said before, this is not the time to give into emotion.

I understand our desire not to hurt the other person, we did (do) love them after all, but you need to stay focused on what led to this conversation in the first place.

I was once in a relationship that resulted in me wanting to break up after three months.

I was clear on my reasons and knew I needed to move on.

But, when I finally sat down with her, I lost focus on my desire to end the relationship and stayed in it.

I finally managed to get enough courage to break up … five years later!

And here’s a great irony – I broke up for the same reasons I was going to more than four years earlier.

7. Refrain from prolonging the inevitable.

Avoid getting pulled into an argument.

State succinctly your plan to exit the unsatisfying relationship and a few brief reasons why.

Then, share your timeline: “After this conversation, I’m going back to the house to get my things together to leave today.”

If there are kids involved, you will have to talk this through first.


I’ve seen people do silly things in the heat of the moment when emotions were running high, which ended up involving the police and other legal services.

This is not the way to go. If you feel emotions are too raw and you are really upset, rather take some time to gather yourself, calm down, and then set up a meeting with third-party support people involved.

This could be a professional, or simply family and friends.

When kids get caught up in the affairs of adults, we have to make sure they are protected as much as possible.

They had no role and contribution to our relationship not working out.

Especially not when they are little.

They shouldn’t pay the price.

Ending an unsatisfying relationship can be difficult.

However, your life will improve when you take control and make decisions that are right for you.

No matter how hard or complicated breaking up might seem, staying in the wrong relationship for that reason alone, is not a good enough reason.

Yes, there might be many loose ends and matters to consider, but that’s an even greater reason why you should tend to this before things get even more complicated.

A family that you both trust is always a good option.

Make it clear however that it’s not their place to judge or take sides, but only to support you through this.

If you have little kids to be taken care of, they can do that.

If you need a place to stay during this time of transition, that’s also something they can help with.

In the end, be clear on what you want, make a plan, have the conversation, and stick with it.

And when it’s all said and done, have faith and be optimistic that you’re making the best choice you can.

Embrace this change and move forward.

Last thought: NEVER EVER break up on Facebook or with texting! EVER!

Looking for something else?

wpDiscuz
0
0
Would love your thoughts, please comment.x
()
x
| Reply
We use cookies to ensure that we give you the best experience on our website. If you continue to use this site we will assume that you are happy with it.OkPrivacy policy