Dating Advice: 9 Signs He’s a Player and Has Bad Intentions 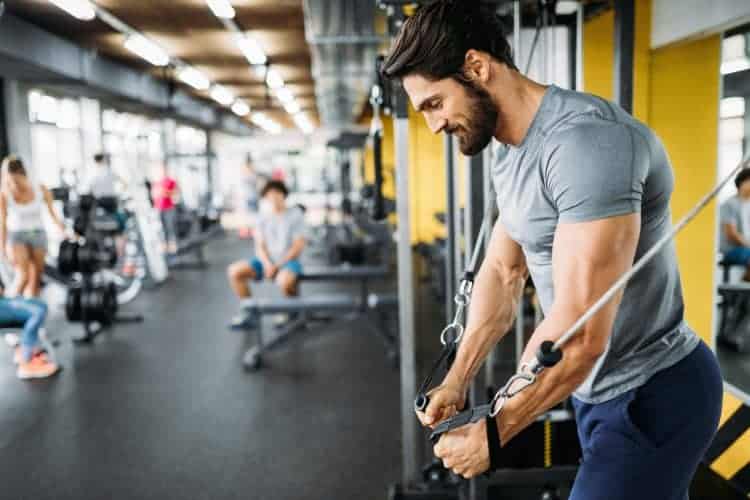 “Dating advice” gets searched 6,600 per month on Google, and I think that is because dating has become a very complicated and tricky thing these days.

Technology has put the world in our hands, literally, but that’s not always a good thing.

We now have access to the good AND the bad, and everything in between, and that’s a bad thing at times.

The rise of online dating and dating apps have essentially turned people into products to be searched, rated and ordered to satisfy our own personal needs and wants … until they’ve served their purpose and we decide to “ghost” them.

So, the question that Australian Relationship Dating and Relationship Expert, Renee Slansky, asks women in one of her recent posts is:

Is he here to break or make your heart?

What exactly are the signs that he’s a player and has bad intentions?

I reached out to Renee and asked her if I could share her view on this as it’s such a prevalent and relevant issue for so many people dating nowadays.

And those of us who truly value people and the power of genuine love relationships need to share our views on the dangers of dating in a modern world as much as we can, by sharing good relationship advice that helps and not hurts.

It drives me flippen nuts when I see some so-called relationship experts (many of them men) give other guys relationship and dating advice, by teaching them tactics and strategies to basically just get into a girl’s pants.

And when I listen to some of these things I get really scared for my little girl who is still growing up.

When it comes to dating and relationships, on the one hand, it feels like the world has become accessible to all, yet on the other hand, a lot of people (especially young people) still have no flippen clue what dating (read: courting) and creating sustainable love relationships are really about.

Everything and everyone is being treated as commodities that are very much disposable when we’re done with them.

And to make it worse, we have so-called love gurus teaching our young men how to perfect the art while young ladies have come to accept it as the norm and how “real” men should treat them.

So getting a woman’s perspective on this “crazy” dating world and what to look out for when some people might have bad intentions, is something worthwhile sharing.

9 Signs He’s a Player and Has Bad Intentions

If you can know the red flags of dating early on it means you are able to tell if he has bad intentions and if he’s a player.

Let’s face it, not all men are obvious red flags, and sometimes we even want to deny those obvious signs because of what we feel or want with them.

But if you are sick of wasting time on men who aren’t on the same page, then it’s time to be aware of what some of those indications are that he has bad intentions.

So let’s look at those signs now :

Here are the 9 signs that he’s a player and has bad intentions:

1) He constantly talks about sex– this means he may also joke about it as well or send you inappropriate texts and messages.

2) He checks out other women in front of you– blatant disrespect of who you are and also an indication that he could be unfaithful or not ready to prioritise you.

3) He puts you down- Too much criticising, even if he does it jokingly shows a lack of generosity and kindness.

4) He wants to move too fast– That’s because he usually wants one thing or isn’t a whole person.

5) He starts trying to control you – could be an indication to a  character.

6) He never wants to contribute – which could mean he is selfish and doesn’t have a generous spirit.

8) He makes you do things that compromise your standards- which is an indication that he doesn’t care about what makes you feel comfortable as well.

9) He always has excuses for his behaviour. – that’s because he doesn’t want to be kept accountable for treating you well.

Remember that the right man is a man who makes you feel good, not question your worth or his intentions.

What you allow is what continues, so don’t feel you have to keep putting up with it just because you have so far.

Head over to The Dating Directory and check out more of Renee’s work. See her full bio below.

You can also check out Renee’s program Ready For Romance – From single to dating successfully.

Personally, I think Renee is making a couple of good points in her post.

An overarching theme that I get from that, and I would encourage you to look out for, is self-centeredness.

The moment you start to pick up that the guy is more into his own needs and wants and “what you can do for him,” you have to be cautious.

Especially if it’s an older guy.

You kind of expect young guys to be players (no excuse though) and taking you for a ride, but don’t be fooled by the older ones.

When an older guy, with very few commitments and a long track record of past relationships, show a lot of interest in you, always wonder about what he actually wants.

I’ve seen some ladies end up with broken hearts because they fell for a smooth and charming bloke who was only ever interested in a short-term good time.

But the moment they realise you’re falling for them and things are getting serious, they bail with very little explanation.

A guy who is really into you for the right reasons and possibly for the long haul will make YOU the centre of their world.

Self-centredness and him being focused on himself exclusively (or mostly), is almost without a doubt telling you something else.

You have a different purpose in his eyes, and it ain’t living happily ever after.

Now, lastly, if you’re okay with that – cool!

But, just make sure your expectations are on the same page so you don’t end up being played and becoming yet another name in his little black book (yep, some guys actually still have these).

I hope that helps.

Guest author, Renee Slansky, is an Australian established TV presenter, writer and professional blogger whose love for romance and heart for women compelled her to start her online community The Dating Directory. From a young age, she started leading and counselling women and was often called on by strangers and friends for relationship advice. With no professional training but rather what she picked up in experience, teachings and observation, her writings offer a witty and relative outlook with practical advice on life and romance in the 21st century.

6 Factors That Every Dating Site Needs to Get Right

6 Factors That Every Dating Site Needs to Get Right

Dating Tips During the Coronavirus

Dating Tips During the Coronavirus

The Evolution of Online Dating

The Evolution of Online Dating

Date Night During the Quarantine: 5 Romantic Ideas to Keep the Spark Alive

Date Night During the Quarantine: 5 Romantic Ideas to Keep the Spark Alive
Previous Article
Next Article
back to top