Home » Aggressiveness is Costing You

I realised with a shock this morning that somewhere along the line I adopted an aggressive tendency when trying to have my way with those around me. Nothing over the top, but just enough to wake me up to the fact I’m setting myself up for paying the price at some stage. Because the outcome of aggressiveness is almost always more pain and hurt.

We all know aggressive people.

They will call it something else.

Some only resort to it when cornered.

Others live in that space.

You may even know a few aggressive people who seem to do well for themselves, but the truth is it’s a fool’s errand.

They could be doing better without it.

Aggressiveness works, to a point, because most people avoid confrontation.

However, aggressive people, for the most part, are disliked and suffer in many other ways.

The truth is, and I’ve seen this with my own eyes, aggressive people often find themselves alone, disrespected, and unable to reach the highest levels of success.

They might get their way for a little while, but in the end, it cost them more than what it earned them.

In fact, they often end up paying the ultimate price – with their happiness. They might seem like they’re in control of life, their marriage, or business, but the truth is they’ve never been more out of control.

And the more uncertain they feel the more they need to up their control, which of course means increased aggressiveness.

This, however, might get results in the short run, but in the long run, the price they pay outweighs everything they gained initially.

Therefore, if you’ve considered adopting an aggressive personality or recognise you have one already, you might want to reconsider.

There are better options.

It’s not worth it. 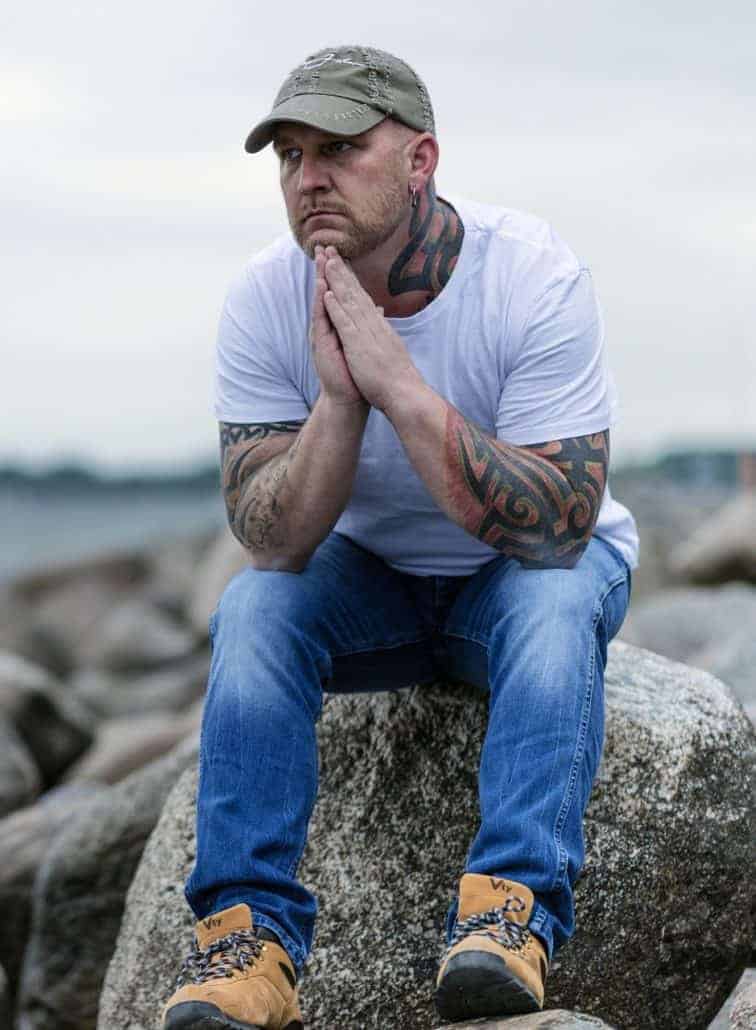 After counselling my son this morning about something or another that happened at school, I realised based on his reactions that he was tolerating me but not hearing me.

There is a big difference.

And this is the problem with most aggressive approaches; people tolerate it for the moment because they have no other option or they can’t escape.

But, as soon as they get a chance they will.

I realised that I must find a better way if I want to get through to those around me; especially my loved ones.

Because it’s usually them who experience the full force of our incompetencies lack of self-worth, or just our need for control.

But it’s never effective, really. It just feels like it in that moment.

Being loud is not the same as being persuasive.

Overpowering others is not the same as earning their respect.

Instilling fear is not the same as trusting obedience. “Believing that aggressiveness is a form of power is delusional. The only thing it is is costly.”

Consider these disadvantages of being too aggressive:

Aggressiveness ignores the rights and interests of others.

The message is clear: your needs are more important than those of anyone else.

As you can imagine, people aren’t thrilled when faced with an aggressive person.

They may fear him, but they certainly don’t respect him.

Your personal relationships are limited to those that lack self-esteem.

Anyone else will avoid you as much as possible.

At work, you won’t be able to trust anyone.

When the only person that matters to you is yourself, you don’t matter to anyone else.

Everything in life is better when your relationships are thriving.

Down deep, aggressive people believe they can’t be successful any other way.

The only way they believe they can compete is to steamroll the competition.

It’s hard to feel good about yourself when you’re treating others poorly.


If aggressive behaviour appeals to you, ask yourself why.

How would you rate your self-esteem?

Do you think being aggressive would be as attractive to you if your self-esteem were higher?

Do the aggressive people you know have high self-esteem?


Aggressiveness hurts your progress in the long-term.

Aggressiveness can be very effective in the short-term but hinders your long-term progress.

You don’t get the support you need to ride to the highest levels.

Give yourself all the help you can get by avoiding overly aggressive behaviour.

There aren’t too many people who spend time with aggressive people by choice.

You fail to develop other skills.

When aggression works for you, you fail to develop the other skills necessary to succeed in life and in relationships.

You become a sort of “one trick pony.”

Think about the aggressive people you know.

They’re aggressive in most, if not all, situations.

Now consider how others feel about them, too.

Others will attempt to derail your efforts.

Life is easier when others are willing to help you.

When you’re aggressive, most people secretly want you to fail.

Some are bold enough to make it a point to get in your way.

Isn’t life tough enough without having others intentionally sabotaging your efforts?

Aggressiveness is shortsighted and very ineffective. Unless you’re in a war situation of course.

But even in that situation, there is a difference between an aggressive approach and being out of control.

That will get you killed.

Now, that might not happen in everyday life because we’re not in a war zone.

There has to be a better way, and there is.

“Assertiveness is the quality of being self-assured and confident without being aggressive.” Assertiveness is a positive and more beneficial option than aggressiveness.

It is a confident and agreeable trait.

Assertiveness empowers your opinions, helps you work constructively with others, and enables you to live a life of integrity.

Being assertive is also an important ingredient to communicate clearly, directly, and have excellent listening skills.

The truth is assertiveness requires more skill than aggression, but the results are more pleasing and less limited over the long haul.

Quite the opposite; it builds and strengthens them. It’s important to realise that the alternative for aggressiveness is not weakness.

Just because you don’t opt for being aggressive doesn’t mean you’re rendered powerless to achieve good outcomes in your life or business.

No, the alternative for aggressiveness is something like assertiveness.

It is more positive, empowering, and lasting.

It creates and sustains everything in the long run that aggressiveness might achieve for a limited time initially.

Aggressiveness has multiple disadvantages and the cost is huge.

You’re ultimately forced to take on the world alone.

No one wants to help you or spend time with you.

Those around you resent you, even if you manage to get your way.

My suggestion for you (and myself) is to consider a more assertive approach in life.

We’ll be more respected, liked, admired, and most importantly – happier.

Please leave your comments, questions and thoughts below.

Gideon Hanekom is a relationship coach and the creator of The Relationship Guy – a top relationship advice blog and coaching site for creating a happier and more intimate love life. He is a trained professional counsellor and one of New Zealand’s top relationship coaches and bloggers. His blog has been rated under the top relationship blogs in the world since 2018. He’s been happily married for more than thirteen years with two beautiful kids and lives in Northland (New Zealand).​ He also holds Bachelor and Master degrees in the field of Theology and is an Independent Marriage Celebrant.

I coach couples to connect better so they can be happier and more fulfilled.
Learn More